Hi guys! It’s been one week since I have written something here but due to a busy schedule at the job and also a lot of social events outside of it, I could not prepare the two posts I wanted to publish during my week in Mayotte.

Today’s article will be a bit longer than the usual because I spent an entire week in Mayotte and I have a lot of nice things to share! Before we get into what I did while being there, I would like to do a bit of “background” on Mayotte.

Mayotte is an overseas department in France. It is located in the Comoros archipelago, in the Indian Ocean (next to the Souhteast African coast). It is divided in two “islands” : Grande Terre and Petite Terre. The total area of Mayotte is around 374 square kilometers and it is a densely populated area. In terms of political/societal context, it was a bit tumultous and tense during 2018 because of several reasons but mostly due to the high levels of illegal immigration and the poverty levels in the department.

Mayotte remains a hidden “gem” amongst other departments in France and does not have a lot of “national” tourism coming from Metropolitan France. Most people usually visit La Réunion, Guadeloupe or Martinique.

Why was I visiting?

Part of my job includes visiting every department in France and helping the home for disabled people with the planning and managing of a new IT project. I had been traveling to Metropolitan France departments since July of 2018 and this time, I got to visit a department with very nice beaches and weather! We worked with the department 4 days out of our entire stay, so we did not have a lot of “visiting” time besides the weekend.

What about the food?

As you might know, I am vegetarian and so one of my biggest concern was the food. I love food, I love to cook and I love to try new things. I knew before going there that being vegetarian was very hard, if not impossible. I still had some hopes before arriving, but they were quickly destroyed as I realized that practically nothing was veggie friendly in every restaurant we went to.

Mayotte has limited access to a lot of vegetables and fruits due to its location and most of them are imported, which makes them a) very expensive or b) hard to get. Most traditional dishes are made with either meat or fish. I will not be posting a lot of pictures because most of the stuff we ate was rather basic (meat/fish with some sides), but we did manage to get some traditional food on some occasions.

We left on tuesday night (tuesday 15th of October) and arrived at Mayotte the following day. Wednesday (16th) was rather chill because we were a bit tired from the plane (over 12 hours). When we landed and got out of the plane, the heat was so intense I started sweating instantly. We got our suitcases and got into the car we were renting and proceeded to cross from petite terre (where the airport is located) to the Grand Terre (where the capital, Mamoudzou, is and where our hotel & working area was). We took the “barge” and started crossing the ocean. The view from it was a great taste of what we were going to see over the following week.

We arrived at the hotel rather quickly and we were shocked to see how pretty it was in real life. We were a bit skeptical because hotels usually put the best pictures online and reality is often not the same, but in this case, we just fell in love with the place right away.

We introduced ourselves to the owner and then she recommended us some stuff to do since we did not have that much time left before the sun would go down. The sun usually rises at 5:30AM and goes down around 5:30PM. We then took the car to the nearest restaurant and beach (we had not eaten) and it was the first reality check when it came to food. Nothing in the menu (not even the salads) were vegetarian. I accepted my fate for the upcoming week and I just ordered some basic stuff. After eating we visited our first beach: It took us some time to find it but we finally did after 20 minutes.

It was getting a bit cloudy (as you can tell in the picture), so we did not stay for long. We were also tired so we went to the hotel and then found a restaurant to eat dinner. We found one were most “expats” from Metropolitan France seemed to be hanging out and I was almost in tears when I saw they had some vegetarian options (little did I know, this was the first and last time I would see this). We had our dinner and then we went to the hotel to rest. I also wanted to wake up and take a bath in the pool in the morning so between the tiredness of the trip and my desire to bathe in the morning, I went to bed rather early.

Day 2 was pretty intense. It was our first encounter with the people we were going to work with and we had a huge day with them. We started at 8:30AM and finished around 5PM. At 5PM it was starting to get dark so we went to the hotel, took a bath in the pool and then we went to have dinner in Mamoudzou.

Equally intense day as Thursday was, but we managed to leave a bit before 5 and we were ready to visit some other beaches this time. We traveled to the west coast of the island and enjoyed the views from the Tanaraki Beach.

We were told that Friday was really hard to get some free tables at restaurants so we decided to take some pizza to eat at the hotel.

Officially the weekend, which meant more stuff to do ! We were recommended to take some “boat” day-trip to be able to visit more stuff since we did not have much time to visit all of the island by ourselves. We reserved two tickets for an island tour with Mayotte Decouverte and it was so great. We left at 8AM from Mamoudzou and visited some smaller islands. We visited small islands of white sand, the small island of Choizil, a naturally preserved small island that was not accessible because of its protected status. We also visited the “lungs” of the island: the mangrove and some coral reefs.

The best part of the day was when we saw some dolphins swimming close to us and we managed to take a closer look at them while they were swimming and jumping around. We also visited a beach (N’Gouja) where we were able to swim with huge turtles! I do not have any pictures of the turtles because they were all under the water swimming but it was a magical experience.

For lunch, we arrived at the waterfall and beach of Soulou. We had homemade lunches prepared by the guys in charge of the day trip. We stayed a bit longer in this beach and we got to see some “Makis” (Makis are traditional animals from the region, they are a sub-type of Lemur). Below some pictures of the waterfall (and yes, that’s me on the left picture enjoying the cold water)

Day 5 was also intense even though we did not plan for it. We wanted to find the “Prefet’s beach”, a hidden gem within Mayotte in the North of the island. I refer to it as a hidden gem because it’s super, super, super, difficult to get to it by land (with boat, much easier, no sweating involved). We wanted to get to it by land, and that’s what we did and boy, was I regretting our choice halfway through the walk. It was almost 40 degrees and we had to go through an unpathed area with barely any shade, and going up and then down, and then again up, to go down again. We got lost twice but the view was worth it after 1h of walking. The picture on the left is the beach (crystal clear water, and there was no one). The picture on the left was the path we took, and by path I mean just a bunch of rocks.

After this beach we went to a traditional restaurant for lunch and we ate the “brochettis”, meat skewers with a side of Yucca and fried bananas (And some rice). This restaurant was in front of a very beautiful small island (Choizil). The food was delicious, specially the Yucca. I’m still thinking about how tasty it was, and the smokey after taste I’d get after every bite. So. Good.

We visited another beach after lunch, very similar to the beach we did the first day: Tahiti’s beach

Day 6 was similar to the second day. Tons of work and we left around 5pm which left us not a lot of time to visit. We were invited by the owner of the hotel to a homemade dinner in her terrace. We had homemade gazpacho with lobster and some baked pasta. We enjoyed our last night in Mayotte by working a bit next to the pool in the terrace.

Our last day and it was an intense one. Macron was visiting Mayotte and we feared for the roads to be closed, the access to the barge to cross to the airport blocked and many other things. We enjoyed our last breakfast and the presence of the two cute pets of the hotel and then headed to work for the last morning before our plane to Paris.

Going back to Paris went smoothly. Our plane arrived sooner than we thought and I managed to rest even a bit! This trip to Mayotte was really an experience and I enjoyed the most of it while being there. I’m happy to be back to my autumn-paris weather and to my vegetarian cooking. I will be going back to my usual twice a week posting schedule and saturday I am back with another recipe! 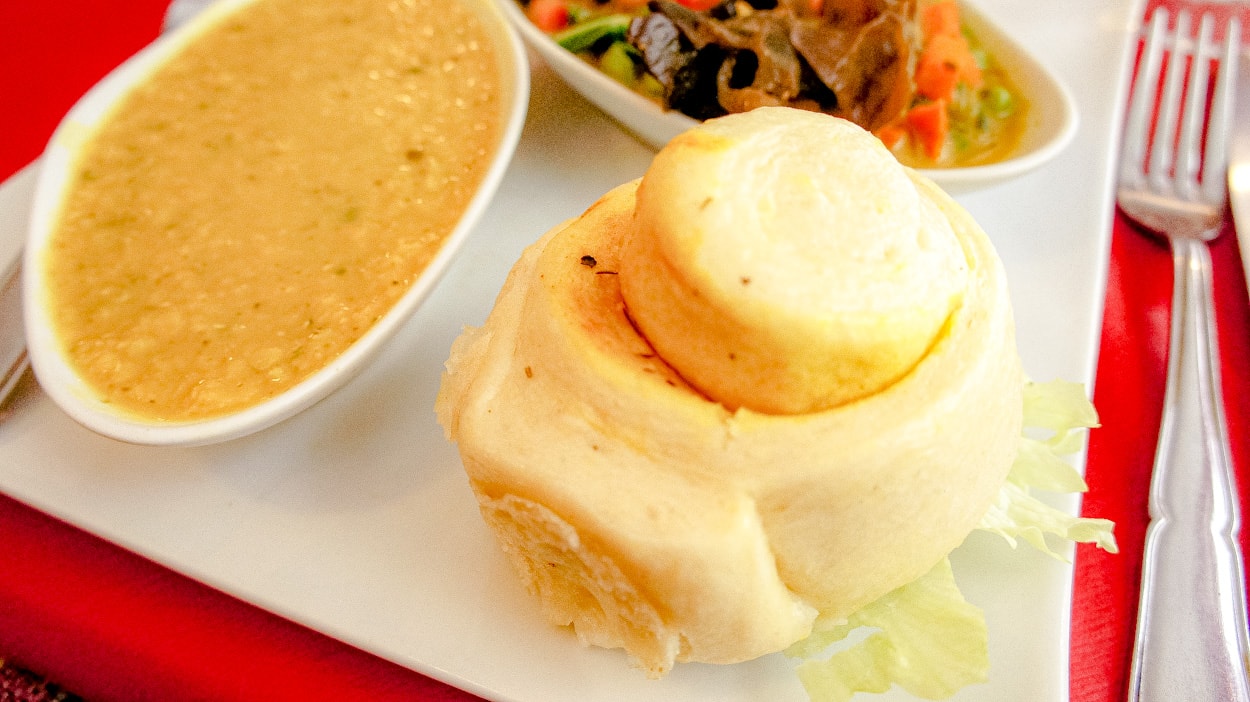 5 cheap restaurants in the 13th arrondissement in Paris 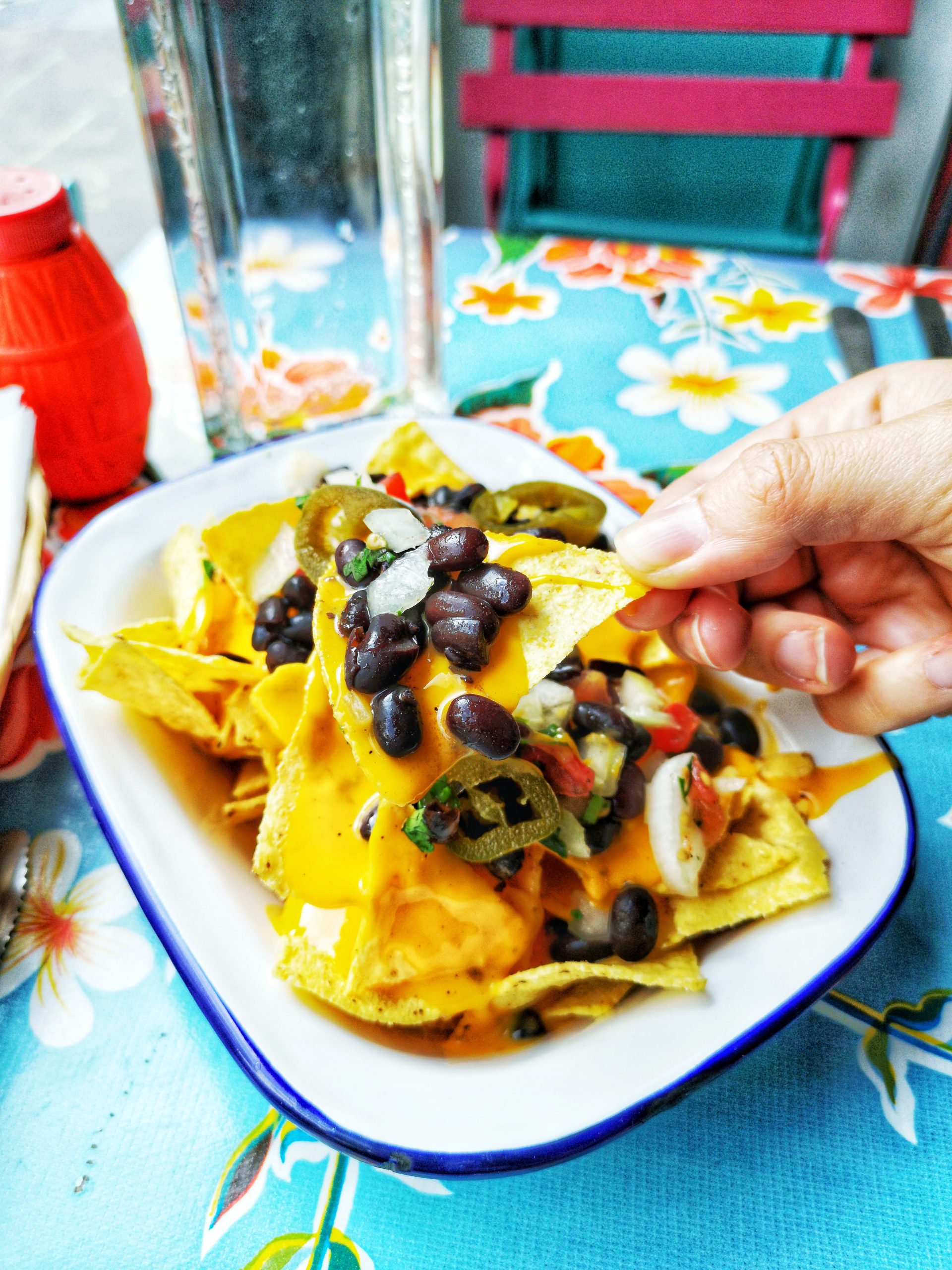 ✨new recipe✨ I made this recipe the other day

✨new recipe✨ one thing I love about this chann

✨new video✨ Another day, another great one pot

✨new video✨ Another episode from the food from

This website uses cookies to improve your experience while you navigate through the website. Out of these cookies, the cookies that are categorized as necessary are stored on your browser as they are essential for the working of basic functionalities of the website. We also use third-party cookies that help us analyze and understand how you use this website. These cookies will be stored in your browser only with your consent. You also have the option to opt-out of these cookies. But opting out of some of these cookies may have an effect on your browsing experience.
Necessary Always Enabled
Necessary cookies are absolutely essential for the website to function properly. This category only includes cookies that ensures basic functionalities and security features of the website. These cookies do not store any personal information.
Non-necessary
Any cookies that may not be particularly necessary for the website to function and is used specifically to collect user personal data via analytics, ads, other embedded contents are termed as non-necessary cookies. It is mandatory to procure user consent prior to running these cookies on your website.
SAVE & ACCEPT